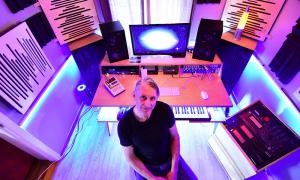 Sverre Knut Johansen of Norway has created a musical journey back through time with PRECAMBRIAN on Spotted Peccary Music. 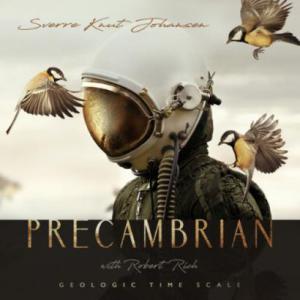 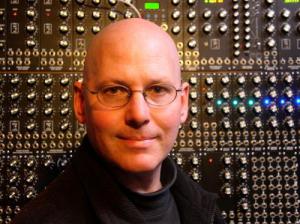 The music is epoch-based where I try to convey with nature sounds what might have happened on Earth, creating moods around certain events that have taken place, like oxygen, birds, water, and ice.”
— Sverre Knut Johansen

PORTLAND, OREGON, USA, May 24, 2019 /EINPresswire.com/ — The story of life on Earth is an ambitious undertaking. Focusing his conceptual musical lens on the prehistoric development of planet Earth and its inhabitants, Sverre Knut Johansen is joined by noted electronic music maestro and soundscape pioneer Robert Rich to create a deeply compelling ambient-electronic odyssey that serves as a virtual soundseeing tour through our planet's vivid history. PRECAMBRIAN, the album, releases on the Spotted Peccary Music label this Friday, May 24, 2019.

PRECAMBRIAN takes the listener through significant geological periods and evolutionary events of Earth's 4.6 billion year history, bringing the epochs and eons to life through musical poetry and recorded natural sounds. The sonic landscapes, both organic and electronic, are always deep and captivating, evolving through abstract amorphous spaces, peaceful harmonious moods, and dramatic eventful moments. One almost wishes it were required curriculum in every 8th Grade Science classroom, for enhancing studying as much as learning evolution and geology.

Sverre Knut Johansen, with Robert Rich, has created a sonic masterpiece that goes from the dim beginnings of gas and dust particles through the formation of the planets, the beginnings of microbes and simple algae creating the air we now breathe, all the way to our current Anthropocene epoch. The music is built on a foundation of swirling synths, pulsing electronics, and occasional rhythmic moments, creating a space where Johansen’s mesmerizing compositions are highlighted by Robert Rich’s piano, with added guitar textures by David Helpling. Add to that the recordings of environmental sounds, both natural and mechanical, and the immersive world of PRECAMBRIAN springs to life with depth, energy, and artistic vitality.

"A meditation on the story of life on Earth is an ambitious undertaking. Perhaps only the language of synthesizers is complex enough to handle it all," writes music critic Robin B. James. "The natural sounds of trickling water and a few supersonic aircraft in the distance are realistically expressed, everything else is purely electronic. This is music for thinking about creation, certainly not a narrative explaining the Big Bang Theory. What you will hear is a meditation."

Album packaging and design stands out on this release, from its 3-fold geological timescale and 20-page booklet to the award-winning photography. PRECAMBRIAN’s cover art, Dreamers and Warriors, was created by international award-winning photographer Martin Stranka, a Czech photographer who won first place with the image at the 2019 prestigious Sony World Photography Awards, chosen from 326,000 photographs from 196 countries. Watch the "unboxing" video: https://t.co/cXt4l0aouX?amp=1

“The epochs on Earth are an exciting topic for me," Johansen professes, "so I was inspired to create an album around the concept of the Earth's geological time scale. The music is epoch-based where I try to convey with nature sounds what might have happened on Earth, creating moods around certain events that have taken place, like oxygen, birds, water, and ice.” Deep listeners may notice some of the real world ambiance skillfully woven into the tracks throughout the album.

Johansen and Rich transport the listener through the ages as they conjure sonic visions of a planet in constant change. The music evolves in a vivid timelapse that unfolds before the ears, occasionally pausing to experience key events along the way, before the title track ends the album with a sweeping musical epilogue that acts as the closing credits to Johansen’s epic geologic adventure.

PRECAMBRIAN was mastered by Howard Givens, and is available in both physical and digital formats, as well as 24-bit Audiophile format. Multiple formats for purchasing and listening can be found at https://spottedpeccary.com/shop/precambrian/

About Sverre Knut Johansen:
Sverre Knut Johansen is an electronic music composer from Mo i Rana, Norway. His first album Distant Shore was released in 1994 and was produced by Erik Wøllo on the Norwegian label Origo Sound. In 1999, Johansen released The Source of Energy, followed by Planets in 2012. Johansen’s releases Nightshift and Elements of Light were inspired by the work of Steve Roach. Johansen’s previous releases on Spotted Peccary Music include The Vast Expanse, Secret Space Program, and Earth From Above.

About Robert Rich:
Robert Rich has helped define the genres of ambient music, dark-ambient, tribal, and trance, so of course his music remains hard to categorize. Part of his unique sound comes from using home-made acoustic and electronic instruments, microtonal harmonies, computer-based signal processing, chaotic systems and feedback networks. Rich began building his own analog synthesizers in 1976, when he was 13 years old, and later studied for a year at Stanford’s Center for Computer Research in Music and Acoustics (CCRMA). He released his first album Sunyata in 1982, and across four decades he has released over 40 albums. Rich has performed in caves, cathedrals, planetaria, art galleries and concert halls throughout Europe and North America. His all-night Sleep Concerts, first performed in 1982, became legendary in the San Francisco area. Rich’s solo albums available on Spotted Peccary Music include Tactile Ground, Vestiges, What We Left Behind, Filaments, Nest, The Biode, Ylang, Medicine Box and Echo of Small Things.

About Spotted Peccary Music:
Portland-based Spotted Peccary Music is North America’s finest independent record label with a focus on deep, vast and introspective soundscapes. For over three decades, the artists of Spotted Peccary has been on a mission to develop, produce, publish and release ultra-high-quality, deep-listening experiences that engage the listener and exceed expectations. Every release is carefully prepared in a variety of high quality formats from MP3 to high-res studio masters. Explore more than 160 titles and 45 artists at SpottedPeccary.com and AmbientElectronic.com.

Precambrian: A Journey Through the Epochs on Earth