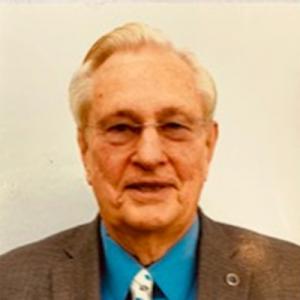 “I discovered early in life that I had passions for both learning and variety,” says Dr. Bement. “Looking back I find that these passions shaped my career.”

His illustrious career began in 1954 when he joined General Electric’s Hanford Atomic Products Operation, which produced plutonium for nuclear weapons. His role as a research engineer was to understand the effects of nuclear irradiation on the properties of nuclear reactor fuels and structural materials.

From 1959 to 1963 Dr. Bement pursued a PhD in materials engineering at the University of Michigan to qualify him for laboratory management. When Battelle Memorial Institute succeeded General Electric as contractor for the Hanford operations Dr. Bement was appointed manager successively of departments for metallurgy research and fuels and materials. Dr. Bement’s research over a sixteen-year period at Hanford contributed to improvements in reactor safety and fuels and materials performance.

In 1970, Dr. Bement was offered a dual professorship by M.I.T. in nuclear engineering and materials science and engineering. During his tenure at M.I.T. from 1970 to 1976 he broadened his research interests to include other advanced energy conversion technologies by serving as principal investigator of M.I.T.’s fusion technology program and participating in the U.S.-U.S.S.R. bilateral exchange in magnetohydronamics. Later in 1993 he joined Purdue University as the Basil S. Turner Distinguished Professor of Engineering and director of a six-university consortium in high-temperature superconductivity research. He subsequently became head of the Nuclear Engineering Department, the inaugural director of Purdue’s Global Policy Research Institute, and the university’s chief global affairs officer.

During this very productive period Dr. Bement concurrently pursued a 38-year career in active and reserve military service in the U.S. Army Corps of Engineers, and retired in 1992 with the rank of Lieutenant Colonel. He credits this experience as one of the most satisfying of his career.

“My early training in piano and French horn instilled in me a love for classical music and opera, which led to my serving on an opera and a symphony board and founding an arts organization,” says Dr. Bement. “I firmly believe that a penchant for learning beyond one’s field makes for great scientists and engineers. Also important is working under leaders whom you can admire and seeking out great mentors from whom you can learn.”

Listen to the show on BlogTalkRadio