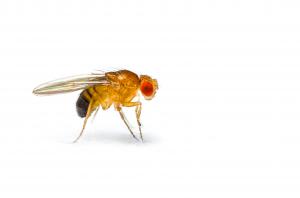 MOUNTAIN VIEW, CALIFORNIA, USA, October 15, 2019 /EINPresswire.com/ — Tosk, Inc.’s, recent success in its Phase 2a, placebo-controlled, clinical study of TK-90 in head and neck cancer patients, validates the effectiveness of the company’s use of fruit flies as a powerful discovery tool in its research, according to Vice President of Research and Development, Dr. Bill Garland.
TK-90 demonstrated prevention of mucositis, the ulceration of the GI tract caused by front line cancer therapies such as methotrexate and radiation. The toxic effects of such treatments are painful and can be life threatening. They also often limit the dosage and duration of treatment.
“Half the patients in the trial were given TK-90 along with chemotherapy and the other half a placebo with the same chemotherapy,” according to Dr. Garland. “Those taking TK-90 were nearly mucositis free based on two recognized measures of the condition, while the placebo group suffered, on average, significant mucositis after four weeks.”
The clinical study confirmed the results from an earlier test in 25 patients. The study results were so positive, Dr. Garland stated, that they suggest that TK-90 has the potential to become a standard part of cancer therapy for treatments that cause mucositis in the GI tract.
“Tosk has two patented technologies that use fruit flies as models to screen potential drug candidates,” Garland noted. “We use the flies in our research because nearly 70 percent of human disease-related genes have analogs in the fly genome. With flies, discovery can be done quickly and cost effectively in a whole animal model. The fact that TK-90 is the first drug discovered in a fly to successfully complete a clinical study bodes well for other drugs in our pipeline.”
Tosk has three other proprietary drugs in development. TK-39 is designed to prevent the cardiotoxicity caused by widely-used chemotherapies, such as doxorubicin. TK-88 Is designed to block kidney toxicity, peripheral neuropathy, and hearing loss caused by platinum-based drugs such as cisplatin. TK-kRAS is being developed to block the activity of proteins produced by mutant kRAS genes that drive tumor growth in as many as 30 percent of all cancers. This development has been funded in part by a $2 million grant from the National Cancer Institute.

Tosk, Inc. is a privately held biopharmaceutical company that discovers and develops new drugs to improve outcomes for cancer patients by preventing the adverse side effects of existing, widely used cancer therapies and by blocking the proteins produced by cancer genes.