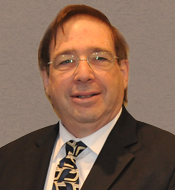 LOS ANGELES, CA, UNITED STATES, January 28, 2020 /EINPresswire.com/ — David Slon, an acclaimed computer consultant at DataTamer, wins Best of Los Angeles Award- “Best Computer Consultant- 2020”, according to Aurora DeRose, award coordinator for the Best of Los Angeles Award community. It is the fifth year in a row that Slon has won this award. As such, he has set the record for wining the “Best Computer Consultant” award so if you need some computer expertise it seems David Slon is the right man for the job.

The “Best of Los Angeles Award” community was formed three years ago and consists of over 4,700 professional members living and working in Southern California. It celebrates the best people, places and things in Los Angeles with a slogan “No Ads. No B.S. Only the Best.”

“The mission of the community is to celebrate the best of Los Angeles, and allow its community members to connect with other members who share the highest standards of quality and integrity,” expresses DeRose. "We're honored to once again include David Slon into our BoLAA family."

David Slon, a principle consultant at DataTamer, has been providing computer consulting since 1981, and has worked with companies large and small. He is proficient at showing individuals how to get the most out of their current equipment and software. During the early '80's, Slon wrote manuals on how to select inventory for Computer Land Corporation, a chain of over 800 computer franchisees. These manuals were on the bookshelf of every single franchisee world-wide. In addition, Slon also spent 13 years with R & B Realty Group (Oakwood Apartments), the nation's largest corporate apartment provider with over 20,000 apartment units. In Slon's last year with them he saved them over $850,000.

“You depend on your computer. You expect it to work quickly and efficiently doing the job you need done,” explains David Slon, “At DataTamer, we understand that and work diligently to provide you with the best possible results–on time and on budget.”

DataTamer has been providing computer consulting to companies and individuals since 1981. They grew up right along with the microcomputer boom, so they understand when it is best to use a database and when a spreadsheet is a better option. Unlike someone who is enamored with technology, they are interested in making businesses prosper. They understand what it is like to meet a payroll, so they will always recommend the most cost-effective solutions for an individual or company. They have the foresight to realize that sometimes instead of purchasing new equipment, a better option is to use the equipment and software you have already purchased more effectively.