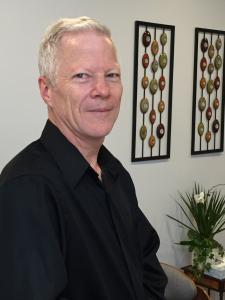 “We're honored to include Dr. Robert Jeffrey of Jeffrey Chiropractic and Massage into our BoLAA family.” ~Aurora DeRose

The “Best of Los Angeles Award” community was formed 4 years ago and consists of over 6,000 professional members living and working in Southern California. It celebrates the best people, places and things in Los Angeles with a slogan “No Ads. No B.S. Only the Best.”

“The mission of the community is to celebrate the best of Los Angeles, and allow its community members to connect with other members who share the highest standards of quality and integrity,” expresses DeRose. "We're honored to include Dr. Robert Jeffrey of Jeffrey Chiropractic and Massage into our BoLAA family."

Jeffrey Chiropractic & Massage is located in Los Angeles, California close to the beach and mountains. The goal of Jeffrey Chiropractic & Massage's clinic is to assess and provide the therapy, tools and information needed to assist people in their journey to the optimal level of wellness that they desire. Dr. Jeffrey assesses patients from a holistic point of view, using his 35 years of clinical experience as a bodywork specialist, chiropractor, acupuncturist, and wellness practitioner. His goal is to help educate people about their body and health choices so that they are better informed about the decisions they will make regarding their health.

Dr. Jeffrey started out his career in healthcare as a sports massage therapist in 1982. In 1984, he was one of the practitioners that worked on the Olympic athletes during the 1984 Olympics. He continued his education by getting his Doctorate in Chiropractic in 1989 and his Masters in Traditional Oriental Medicine in 1992. He is constantly continuing his studies by studying with some of the top mentors in their fields such as Kiko Matsumoto, L.Ac., Richard Tan, L.Ac., Walter Schmitt, D.C., DIBAK, Robert Blaich, D.C., DIBAK, Leslie Feinberg, D.C. and Stephen Kaufman, D.C. (developer of the Pain Neutralization Technique). In his spare time, he enjoys pursuing his interest in qi gong, yoga and meditation, as well as spending time with his family.

“It’s rare that people win the same Best of Los Angeles award more than once,” concludes DeRose, “but in Dr. Robert Jeffrey’s case, his amazing work makes it evident why he has won it for 5 years in a row. A definite recommendation from all of us here at the Best of Los Angeles team.”