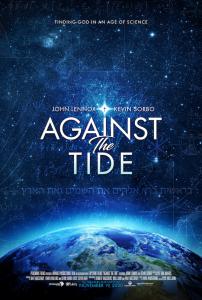 Against the Tide Key Art 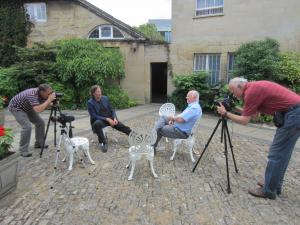 Dr. Lennox is one of today’s leading academic voices … standing strong against the tide of misinformation and confusion.”
— Executive Producer Steven Huff

FRANKLIN, TN, UNITED STATES, September 3, 2020 /EINPresswire.com/ — AGAINST THE TIDE is coming to the big screen for an exclusive one-night- nationwide theatrical event on November 19. Presented by Pensmore Films and Fathom Events, this compelling documentary follows University of Oxford mathematician and philosopher Professor John Lennox and veteran Hollywood actor and director Kevin Sorbo (Hercules, GOD’S NOT DEAD, Supergirl) as they explore the powerful evidence of the harmony between science and Christianity.

“Now, more than ever, there are many powerful voices portraying science and Christianity as fundamentally incompatible,” states Executive Producer Steven Huff. “Dr. Lennox is one of today’s leading academic voices dispelling this false choice and standing strong against the tide of misinformation and confusion.”

The documentary shares Lennox’s life-long passion to present evidence that science and history not only align with scripture, but actively support the biblical narrative. An internationally renowned speaker and author on the interface of science, philosophy, and religion, Lennox breaks down the arguments and issues most often cited in apologetics debates, reflecting on the several very public, sold-out encounters he has had with well-known atheists Richard Dawkins, Christopher Hitchens, Peter Singer, and Michael Shermer, among others. Sorbo and Lennox travel from Oxford to Cambridge to Israel, experiencing firsthand many of the sites that are key to fully understanding the false choice between science and faith. Sorbo probes Lennox on the issues and finds not only captivating answers, but deeper questions as well.

Created by Pensmore Films and Kharis Productions, AGAINST THE TIDE promises to be a film that is revisited and referenced for generations.

For more information and to register for movie updates, please see againstthetide.movie

About Pensmore Films:
Pensmore Films develops and produces motion pictures and multimedia releases on some of the most important existential topics of today – the credibility, validity, and relevance of the Christian worldview, and its complementary relationship with science and the universe. An outgrowth of the nonprofit Pensmore Foundation, Pensmore Films produces movies, such as Against The Tide, through which it seeks to dispel misinformation and strengthen understanding of the most important questions about human existence and purpose. www.PensmoreFilms.com

About Kharis Productions:
Kharis Productions is an independent film and television production company based in Hamilton, Scotland. With noted achievements in documentaries, docudrama, Children’s TV, feature film, news, current events, and training, Kharis has developed a particular expertise in religion and education projects. The Kharis team has produced programs for most UK broadcasters as well as several overseas broadcast networks. www.KharisProductions.com/

About Fathom Events:
Fathom is a recognized leader in the entertainment industry as one of the top distributors of content to movie theaters in North America. Owned by AMC Entertainment Inc. (NYSE: AMC); Cinemark Holdings, Inc. (NYSE: CNK); and Regal Cinemas, a subsidiary of the Cineworld Group (LSE: CINE.L)., Fathom operates the largest cinema distribution network, delivering a wide variety of programming and experiences to cinema audiences in all of the top U.S. markets and to more than 45 countries. For more information, visit www.FathomEvents.com