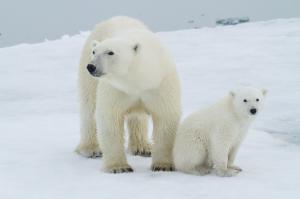 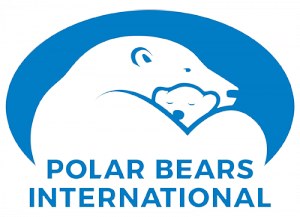 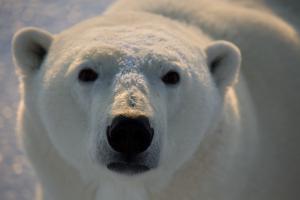 Polar Bear Week coincides with the annual gathering of hundreds of polar bears on the shores of Hudson Bay near Churchill, Canada, a town known as the polar bear capital of the world. In light of the COVID-19 pandemic and worldwide elections, this year’s Polar Bear Week will be unlike any other. Polar Bears International is offering more ways for people to get involved from home, aiming to relieve stress while also shining a light on climate change, an issue which is on the ballot for many. Anyone will be able to tune into the Polar Bear Live Cams, participate in community challenges and educational programs, download curriculums and activities, and participate in live-streamed “Tundra Connections,” featuring scientists and experts around the globe. Access the broadcast schedule and activities here.

“Due to climate change, it's increasingly important to connect dots between polar bears, their habitat, and people around the world,” says Krista Wright, Executive Director of PBI, adding, “The ice-free season in the Churchill area is nearly a month longer than it was during the 1980s. As a result, the Western Hudson Bay polar bear population has dropped by 30 percent. Polar bears are iconic animals that act as a signal to the impact of global warming, and we hope Polar Bear Week encourages people to pause, appreciate, and listen to this species. If we act swiftly and collectively to make a bold transition to renewable energy, and away from fossil fuels, we can preserve polar bears for future generations.”

Here’s how people can get involved:
–Watch Polar Bear Live Cams: powered by explore.org, the largest live nature network in the world, and Frontiers North Adventures, a leader in sustainable tourism, along with Parks Canada and the Churchill Northern Studies Centre, these cams offer an unprecedented view into wild polar bears in their natural setting. In 2019, the live cams received 1.5 million viewers. The live cams have seen a surge in viewership during the global pandemic. This year’s programming will include:
—–Daily updates on the polar bear migration from Buggy One, PBI’s research vehicle
—–Live chats with scientists and experts
—–A special Zen out with Polar Bears session on November 3rd, US Election Day
—Tune into Tundra Connections: webcasts with scientists, and other experts, streamed live so viewers can learn about polar bears and how they can help. 200,000 classrooms participate in Tundra Connections, and PBI’s Spring 2020 Tundra Connections, launched to help families staying at home during COVID-19, reached over 100,000 viewers. Scheduled broadcasts include:
—–White Bear Whereabouts in partnership with Connected North
—–Polar Bear Paws and Claws in partnership with Microsoft Education’s Skype in the Classroom
—–Curiosity Conserved the Polar Bear in partnership with Discovery Education
–Participate in Polar Bear Curriculum: use PBI's free schedule and activities to bring the Arctic to your home or school, including projects, presentations, arts and more. And new this year: PBI is excited to offer educational resources on Flipgrid.
–Take a Pledge to VOTE: with the climate in mind at all levels of government, seeking leaders who prioritize renewable energy.
–Speak Up: Let your leaders know that you want efficiency standards and renewable energy sources. Call them, email them, or send them postcards.
–Sign a Petition in support of carbon pricing plans, which economists say are the swiftest, most efficient paths to a renewable energy future.
–Share Your Commitment: Download our Vote for Polar Bears poster or stickers, or order your own yard sign through Zazzle.
–Donate and Symbolically Adopt a Polar Bear: Choose the "in honor of" option and receive an e-certificate, instantly, in your name or a loved one's honor.

2020 is particularly significant: scientists recently reported that, if greenhouse gas emissions continue as-is, most polar bears are likely to disappear by 2100, due to lack of sea ice. Polar bears rely on Arctic sea ice for hunting their seal prey, and this year scientists released a study finding that Arctic summer sea ice could disappear as early as 2035. This year’s sea ice minimum tied for the second-lowest extent on record, according to the National Snow and Ice Data Center and NASA.

Outside of Polar Bear Week, PBI focuses on conservation efforts year-round and relies on global support to make the most impact.