Dra. Yily De Los Santos says that candidates for liposuction are within 30% of their ideal weight. If you're not sure what's a good ideal weight range for your age, height, and body type, Dra. Yily De Los Santos recommends talking to your doctor. If you're not currently within the proper weight range, your doctor can work with you to help you develop a plan that will get you where you need to be in order to consider liposuction.

Your skin is another important consideration when deciding if you're a good candidate for liposuction. According to Dra. Yily De Los Santos, good candidates for liposuction have elastic, firm skin. After your liposuction procedure, your skin will go through an adjustment period. Dra. Yily De Los Santos recommends talking with your plastic surgeon about what you can expect in terms of your skin recovery after your procedure. It may take some time for your skin to catch up with the progress your body makes during liposuction. During standard weight loss, your skin has plenty of time to slowly change as you lose fat. With liposuction, fat loss is immediate, and the skin can take some extra time to change shape.

Dra. Yily De Los Santos says that it's also important for you to have good muscle tone before beginning to consider liposuction. Liposuction is a cosmetic procedure, and you'll want to have the aesthetically pleasing results you imagine. In order for your body to have the strong, toned look you want, it's key that you have solid muscle tone. Dra. Yily De Los Santos recommends beginning an exercise program with the guidance of your doctor before you consider liposuction.

Of course, your doctor is the one to make the final call of whether you're in a good state of body and mind for liposuction. Dra. Yily De Los Santos recommends talking with your doctor about the steps you can take now to improve your health if you're considering liposuction in the future. 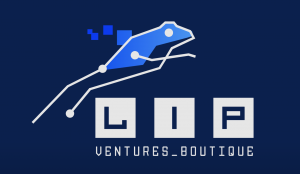 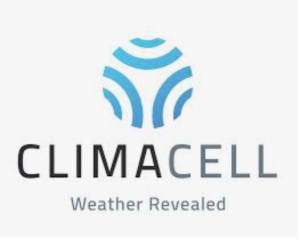 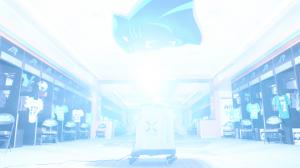 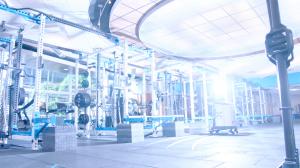 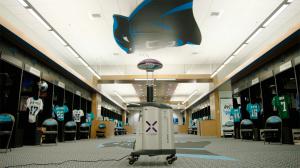 CHARLOTTE, NC, UNITED STATES, October 1, 2020 /EINPresswire.com/ — In the midst of the Covid-19 crisis; during the fourth week of the NFL season, the Carolina Panthers become America’s first professional football team to debut and deploy the World’s Only Proven Coronavirus-Killing Xenon UV-Ray Robot.

The Xenex LightStrike Robot is the world’s most-powerful ultraviolet light ray, germ-zapping robot, according to more than 40 university and hospital studies.

LightStrike is now being utilized to disinfect an array of player and public areas at Bank of America Stadium in uptown Charlotte.

On Sunday, October 4, 2020, for the first-time since the football season started, a limited number of spectators will be permitted to attend the 1:00 p.m. (ET) game between the Panthers and Arizona Cardinals at Bank of America Stadium. The Cardinals locker room and equipment

According to a peer-reviewed study published in the journal, "Infection Control and Hospital Epidemiology," researchers concluded that LightStrike is 99.99% effective at destroying SARS-CoV-2 — the virus that causes Covid-19.

No other ultraviolet light room disinfection device is proven to destroy SARS-CoV-2.

“There are a lot of companies making claims about their newly-introduced UV wands and other devices,” says Morris Miller, CEO of San Antonio, Texas-based Xenex, Inc. “We call that the theater of disinfection. The LightStrike robot is the only device that has been proven to kill SARS-CoV-2, that causes Covid-19, in two minutes.”

Those are the findings of tests conducted at the Texas Biomedical Research Institute, which is one of only 10 BioSafety Level Four Labs in North America, according to Miller.

“The significance of an NFL team, in this case, the Carolina Panthers, using a LightStrike robot, shows that they're making a concrete commitment to player safety,” says Miller. “They want to ensure that those locker rooms, showers, or any other shared areas are safe for the next player that enters, even if a previous player happened to have an infection.”

Ed Levins, the Carolina Panthers' Director of Security and Infection Control Officer, explains, “Our goal, when we first-started working on the infectious disease response plan for this stadium, was to make sure that this was the safest possible stadium in the NFL.”

He continues, “What we found-out about the opportunities that existed with UV operations, was that the Xenex product was exactly what we were looking for; that it is the best thing for our players, so they could feel safe; that we were doing everything possible to make them feel comfortable coming back in here. We also want our fans to feel like this is the safest place and the cleanest place that they could come to enjoy a football game.”

LightStrike is used in 650 healthcare facilities and surgical centers around the globe. They include Rochester, Minnesota’s Mayo Clinic, The University of Texas MD Anderson Cancer Center in Houston and Veteran’s Affairs hospitals across America.

And, now, for the first-time, LightStrike is being used by a professional sports organization in its stadium, player facilities, public areas and offices.

While most NFL games have been played in near-vacant stadiums, some teams are allowing spectators to trickle-in as the season progresses.

North Carolina Governor Roy Cooper announced that he will allow a capacity of seven-percent, starting Friday, Oct. 2, 2020, for large venues with a seating capacity of more than 10,000 people.

Based on that allowance, the Panthers would be able to have about 5,240 fans in attendance for their second home game of the season when they host the Arizona Cardinals.

The exact seating details have yet to be announced.

LightStrike’s intense, pulsating bursts of Xenon UV light are not only proven to destroy SARS-CoV-2, the virus that causes Covid-19; but its robotic room disinfection system also quickly deactivates C.diff, Ebola, MRSA, SARS and other viruses and pathogens, according to an array of studies published by major universities and hospitals.

The robots’ broad-range spectrum of UV light wavelengths penetrate the cell walls of pathogens and destroys their molecular structure. This includes the deadly coronavirus.

Not for Use on Humans and Animals

LightStrike is not for use on humans and animals. It does, however, disinfect an array of surfaces including computers, countertops, doors, elevators, fitness equipment, floors, furniture, kitchens, lavatories and showers.

“People are looking for a disease conscious lifestyle,” explains Miller. “They want to make sure when they go into a public space, that they're not going to get sick because of pathogens that have been left on the environment.”

According to the CDC, coronavirus can remain active on surfaces for more than 14-days.

While most people equate the term, “robot,” to an autonomous-moving device, LightStrike is moved from one-location to the next by a trained technician.

Despite the “human element;” because LightStrke is equipped with a retractable Xenon-UV lamp, MassRobotics, an independent, non-profit center serving to educate and inspire the development of robotics, defines the Xenex room disinfection device as a, “robot.”

▪ Bursts of brilliant, broad spectrum UV light that quickly destroys microscopic viruses and bacteria that remain in room, even after cleaned with liquid disinfectants. 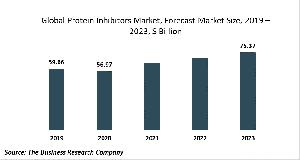 LONDON, GREATER LONDON, UK, September 30, 2020 /EINPresswire.com/ — The global protein inhibitors market size is expected to decline from $59.66 billion in 2019 to $56.97 billion in 2020 at a compound annual growth rate (CAGR) of -4.5%. The decline is mainly due to the COVID-19 outbreak that has led to restrictive containment measures involving social distancing, remote working, and the closure of industries and other commercial activities resulting in operational challenges. The entire supply chain has been disrupted, impacting the market negatively. The global protein inhibitors market size is then expected to recover and reach $75.37 billion in 2023 at a CAGR of 9.78%.

The increasing prevalence of chronic diseases such as cancer, cardiovascular diseases, and autoimmune diseases is predicted to contribute to the protein inhibitors market growth. According to the World Health Organization, chronic diseases are expected to become the seventh leading cause of death globally, by the end of 2030.

According to the National Health Council’s report published in 2019, there were approximately 133 million Americans affected by chronic diseases, estimated to be 40% of the total population of the country. The number is expected to reach 157 million by 2020, with 87 million people having multiple conditions. Protein inhibitors are used for the treatment of these diseases due to fewer adverse effects and higher efficacy. Therefore, the increasing number of people with chronic diseases is anticipated to drive demand in the protein inhibitors market.

Companies in the protein inhibitors market are increasingly investing in various strategic initiatives such as partnerships and collaborations to develop new drugs to meet the market demand. Strategic collaborations and partnership agreements help companies to expand their existing product portfolio and geographical presence. 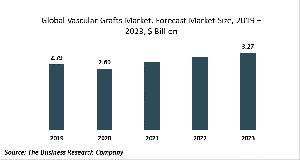 LONDON, GREATER LONDON, UK, September 30, 2020 /EINPresswire.com/ — Companies in the vascular grafts market are increasingly investing in technological advances for the development of innovative vascular grafts, including customization of vascular grafts. For instance, RelayPro, a thoracic stent graft system recently launched by Terumo Aortic, is a low-profile device designed for patients with smaller access vessels in the treatment of thoracic endovascular aortic repair (TEVAR). It offers a broad range of diameters, lengths, tapers, and proximal configurations to the physicians. Both bare stent and non-bare stent (NBS) versions are available for this device and it can be customized to meet the patient’s specific anatomical needs.

The global vascular graft market size is expected to decline from $2.79 billion in 2019 to $2.6 billion in 2020 at a compound annual growth rate (CAGR) of -6.98%. The decline is mainly due to the COVID-19 outbreak that has led to restrictive containment measures involving social distancing, remote working, and the closure of industries and other commercial activities resulting in operational challenges. The entire supply chain has been disrupted, impacting the market negatively. The global vascular graft market size is then expected to recover and reach $3.27 billion in 2023 at a CAGR of 8.02%.

The rising prevalence of vascular diseases is driving the growth of the global vascular grafts market. According to a study by the National Center for Biotechnology Information in the US, cardiovascular diseases are the leading cause of death in the world, and according to the American Heart Association (AHA), in 2018, the overall prevalence of myocardial infarction in the US was around 7.9 million per year, while the estimated annual incidence of a heart attack in the US is 720,000 new attacks and 335,000 recurrent attacks. According to a study by NHS Inform, a national health service of Scotland, every year around 20,000 coronary bypass grafts are carried out in England. Therefore, the high prevalence of vascular diseases is anticipated to drive the global vascular grafts market.