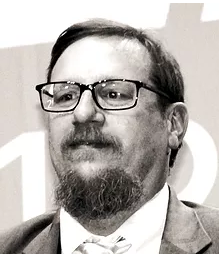 In partnership with NBB, Kotrba is documenting the stories of early figures who helped shape the multibillion-gallon U.S. biodiesel industry

The work committed up front, from the R&D, vehicle testing and fuel specifications to the boots-on-the-ground state and federal policy efforts, laid the foundation for the industry today.”
— Ron Kotrba, Editor, Biobased Diesel Daily

WARREN, MN, UNITED STATES, January 21, 2021 /EINPresswire.com/ — Ron Kotrba, editor and publisher of Biobased Diesel Daily, is partnering with the National Biodiesel Board to write a book celebrating the organization’s 30th anniversary in 2022. To commemorate NBB’s 1992 founding, the organization plans to document stories of individuals and associations instrumental in its development and growth. A coffee table-style book will unfold the story behind the industry’s greatest successes and share narratives of industry influencers.

A small investment in “soy diesel” research by the Missouri Soybean Merchandising Council in 1991 is widely viewed as the foundational roots for the U.S. biodiesel industry. Today, the U.S. biodiesel industry employs tens of thousands of people, reduces greenhouse gas emissions, improves air quality, adds to U.S. energy security and independence, provides significant value to farmers, and lowers the cost of animal feed for livestock producers.

“We wouldn’t be on the trajectory for six billion gallons by 2030 if it weren’t for the blood, sweat, and tears put in over the years from our founders,” said NBB CEO Donnell Rehagen. “The stories will help bring to life how a novel idea grew into a carbon-reducing solution for our country. Biodiesel is making a difference now because of what has been accomplished over the last 30 years.”

Kotrba, the former editor in chief of Biodiesel Magazine and longtime biofuels writer and editor, is documenting those stories through interviews with key individuals in the sector.

“When I began covering the biodiesel industry in early 2005, national production was maybe the total of one or two large biodiesel plants today,” Kotrba said. “The work committed up front, from the R&D, vehicle testing and fuel specifications to the boots-on-the-ground state and federal policy efforts, laid the foundation for what the industry looks like today.”

NBB is the U.S. trade association representing the entire biodiesel and renewable diesel value chain, including producers, feedstock suppliers, and fuel distributors. Made from an increasingly diverse mix of resources such as recycled cooking oil, soybean oil and animal fats, biodiesel and renewable diesel are better, cleaner fuels that are available now for use in existing diesel engines without modification.