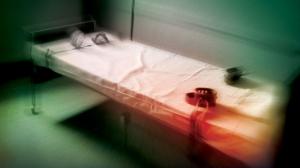 Mental Health Watchdog recommends legislative protections and prohibitions to save children from psychiatric-behavioral restraint deaths. “I can’t breathe” should never again be the last thing a troubled teen says before being killed by “behavioral” restraints.

LOS ANGELES, CALIFORNIA, UNITED STATES, February 23, 2021 /EINPresswire.com/ — Eight members of Congress have requested the Office of Inspector General in the U.S. Department of Health and Human Services investigate youth behavioral care and residential facilities, including those operated by a company with a history of the use of excessive force and improper restraints on children.[1] Restraint abuse is one of the most controversial and dangerous measures being exposed today. In response, Citizens Commission on Human Rights International (CCHR), a mental health watchdog, is providing legislators across the country with model language to reform their restraint laws, although CCHR says the procedure should be banned.

Jan Eastgate, president of CCHR, said, “Teens placed in behavioral facilities have been killed by restraints used on them because they had a tantrum or acted out because they were hungry. They have died because their cries to staff to get off them when they could not breathe went unheeded.”[2]

The members of Congress wrote of the unfortunate practice tragically illustrated by the homicide of 16-year-old Cornelius Fredrick at a Sequel Youth & Family Services facility in Kalamazoo, Michigan in 2020, “as determined by the Office of the Medical Examiner.” Further, “Cornelius died after staff restrained him for 12 minutes as punishment for throwing a sandwich at another child in a cafeteria. Cornelius’s death was preventable.”[3]

Additionally, “Recent reports indicate that some companies contracting with federal and state governments administering federally-funded benefits to care for at-risk children have potentially violated the health and safety requirements required by law.” Children have been “abused, neglected, sexually assaulted and physically mistreated,” the letter continues.[4]

CCHR has been exposing this abuse for over 20 years, especially in 1998, when there was a national outcry over teen restraint deaths, resulting in federal legislative and state reforms in 2000 and onward. “Clearly, those reforms have failed,” Eastgate says, “and stronger laws and oversight are needed, prohibiting potentially lethal methods of restraint.”

In 82% of 61 restraint deaths reported in a National Review of Restraint-Related Deaths, restraint either directly or indirectly contributed to the person’s death. Nine of the deaths were ruled homicides by the coroner or medical examiner; however, none appear to have resulted in criminal charges, let alone convictions. The four youngest children to die were 9 years old.[5]

Based on state laws and legal precedents, CCHR urges prohibition of restraints that obstruct a resident’s airway; impair breathing; compress the chest which can increase the risk of death by asphyxiation; prone and supine restraints; the use of towels across the mouth to prevent biting; prolonged restraint, as this can increase the risk of deep vein thrombosis and pulmonary embolism; and choke holds and pressure on the patient’s neck or throat.[6]

Any type of technique that obstructs airways or impairs breathing, vision, and a patient’s ability to communicate, “should not be used under any circumstances,” according to a paper published in The Journal of the American Academy of Psychiatry and the Law.[7]

Recently, celebrities such as Paris Hilton have spoken out about their own traumatizing experiences in these teen behavioral facilities, being put in solitary confinement and witnessing children being restrained, hit, thrown into walls, strangled and sexually abused. Utah responded, introducing a bill in to restrict restraint use and prohibit certain usages.[8]

CCHR also wants tougher penalties and a mandate that any restraint death be reported to the police for independent investigation. The First Circuit has rejected the argument that staff members should not be held liable for failing to intervene in a restraint in which the patient sustains physical and psychological injuries.[9] As Eastgate points out, “You can face a $250,000 fine and 10-years imprisonment for selling or using healthcare information that maliciously harms a patient, but if you kill a patient with chemical or physical restraints, it can be clocked up as a therapeutic mistake.”

CCHR is responsible for more than 180 laws that protect patients from damaging psychiatric practices. DONATE to support its work https://www.cchrint.org/cchrint-donate/

[2] “National Review of Restraint Related Deaths of Children and Adults with Disabilities: The Lethal Consequences of Restraint,” Equip for Equality, 2011, https://www.equipforequality.org/wp-content/uploads/2014/04/National-Review-of-Restraint-Related-Deaths-of-Adults-and-Children-with-Disabilities-The-Lethal-Consequences-of-Restraint.pdf

[6] Patricia R. Recupero, JD, “Restraint and Seclusion in Psychiatric Treatment Settings: Regulation, Case Law, and Risk Management,” The Journal of the American Academy of Psychiatry and the Law, Vol. 39, No. 4, 2011, http://jaapl.org/content/jaapl/39/4/465.full.pdf