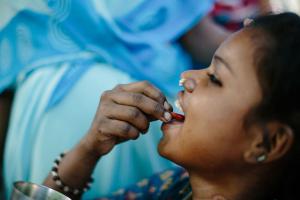 Elimination of leprosy on the horizon! Preventive treatment needs to be implemented in all leprosy-endemic countries

With joint action, zero leprosy is on the horizon!”
— Linda Hummel – CEO NLR

AMSTERDAM, NORTH-HOLLAND, NETHERLANDS, March 4, 2021 /EINPresswire.com/ — New research by NLR, until No Leprosy Remains (NLR) and Erasmus University MC, published in PLOS Neglected Tropical Diseases, shows that the cumulative number of individuals requiring preventive treatment is projected to be 40 million globally to reduce the incidence by 90% in 22 years. This demonstrates the scope of the leprosy problem is far greater than the 200,000 new cases reported annually. The estimates at national level are highly relevant to all countries where leprosy is reported as it can support the policymakers and health program managers to design their elimination strategies.

Researchers of NLR, an international NGO aimed to fight leprosy, and Erasmus MC applied mathematical modeling to predict the impact of a combined approach of contact screening and provision of post-exposure prophylaxis (PEP) on new cases of leprosy and to estimate the number of contacts requiring PEP at a global and country level for 25 years. Co-author Professor Jan Hendrik Richardus of Erasmus MC explains: “This study provides important insight into the challenge that remains to reach zero leprosy. It quantifies the actual numbers of contacts that would need to be reached with post-exposure prophylaxis over time and the effort and workload it represents. This estimation is based on the best scientific methodology we have at present to produce such numbers. It should not be interpreted as a precise calculation, but as an order of magnitude exercise to direct policy development in leprosy control and elimination.”

Millions at risk of developing leprosy
This study shows that to reduce the global number of new leprosy cases by 90% within 22 years, just over 40 million people who are at risk to develop leprosy require preventive treatment. This number provides a more realistic reflection of the size of the leprosy problem worldwide. CEO of NLR Linda Hummel, says: “These numbers may seem high. However, it has always been clear that we shouldn’t focus solely on the new cases reported annually. On a global scale, preventive treatment of 40 million people for leprosy is achievable if we coordinate our resources and efforts. Working together effectively with all actors is key. With joint action, zero leprosy is on the horizon!”

The new research provides estimates of people requiring PEP at national level. These are highly relevant as it can support the policymakers and health program managers to design their elimination strategies. It gives insight into the investment that is required to end leprosy globally and nationally. About 80% of all new leprosy patients are detected and reported in India, Brazil, and Indonesia. In these three countries, 33 million people would need to be treated with PEP. The time to reach a 90% reduction in new cases, however, could be shortened if more effective strategies for early diagnosis are implemented, such as extending the number of contacts provided with PEP, a second dose of treatment after 2 years, or the use of a diagnostic test to identify early infection in combination with providing an enhanced PEP regimen.

For most of the 110 countries where leprosy has been reported and transmission is probably still ongoing, the researchers also predict that a reduction of 50% of new cases could be achieved at global level in 5 years if around 21 million people are treated with preventive treatment.

Importance of preventive treatment for leprosy

New preventive interventions have been developed, such as contact screening combined with the provision of a single-dose of rifampicin as post-exposure prophylaxis (SDR-PEP). To interrupt transmission and reduce the number of new cases to zero these new strategies need to be implemented. This should be done by targeting people most at risk of developing leprosy: close contacts (family, friends, neighbors) of new leprosy patients.

Earlier studies showed that this combination of interventions is effective and feasible , and may reduce the risk of developing leprosy in contacts by nearly 60%. It has the potential to near-eliminate leprosy in a single generation, if scaled up globally. This new study, funded by the Dutch Postcode Lottery, makes it even more tangible with an estimated time-frame and number of people who need to be traced and treated.

The World Health Organization (WHO) supports countries in preparing national strategic plans to reach the targets of the Global Leprosy Strategy 2021–2030 in line with the recently launched NTD roadmap 2030. National programs are encouraged to initiate SDR-PEP as recommended by WHO.

Leprosy (also known as Hansen’s disease) is a chronic infectious disease affecting mostly the skin and peripheral nerves. Despite incredible medical advances and many efforts to end this ancient disease, the number of new leprosy cases remains stable at around 200,000 with substantial numbers of people with disability and children among the new cases. The former shows that many patients are still detected late; the latter indicates continuing transmission.

Leprosy is transmitted via droplet infection through the nose and mouth following prolonged, close contact with an infected and untreated person over a longer period is needed to become infected. Leprosy may cause disabilities and creates a vicious cycle of poverty, stigma, unemployment, social exclusion, and mental health problems.

About NLR | until No Leprosy Remains
NLR is an international NGO that has been one of the major change-makers in the fight against leprosy in the past 50 years. NLR takes focuses on research and driving evidence-based innovation to achieve zero transmission, zero disability and zero discrimination due to leprosy. NLR has offices in some of the most leprosy-endemic countries: India, Brazil, Indonesia, Mozambique and Nepal and an international office in the Netherlands. A worldwide total of 200 staff work together to achieve zero leprosy. We continue our efforts until No Leprosy Remains. Find out more: www.nlrinternational.org