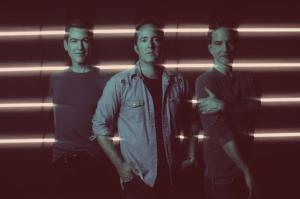 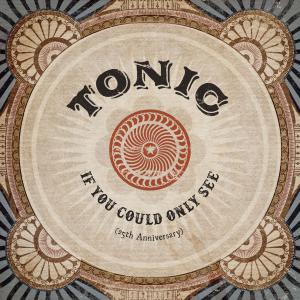 Tuesday, May 5th, 2021: Today, on National Astronaut Day, TONIC released an epic new Astronaut and Space inspired music video for If You Could Only See (25th Anniversary). The video is exclusively on the TONIC YouTube Channel.

Prior to the premiere, the TONIC band members, Emerson, Jeff and Dan, had a “mind blowing” virtual discussion with Astronaut John “Danny” Olivas, one of the featured Astronauts in the video. The guys discussed everything from the vastness of the universe and the theory of relativity, to the pronouns of their favorite machines. This can be seen on The Astronaut Channel.

“It’s been an honor for us to be involved, in some small way, to help recognize and celebrate Astronauts for National Astronaut Day. There are few professions in the world that inspire us all, the way these incredible individuals do.”, commented TONIC band member Dan Lavery, “It’s so cool to see this song matched up with such epic visuals. We hope everyone enjoys watching it as much as we do.”

If You Could Only See (25th Anniversary) is also now available across all streaming platforms. TONIC released their first new track in over 10 years, To Be Loved, in early 2021. Fans should also stay tuned for some additional new releases from the band, coming later this year. The band is also eagerly anticipating being able to perform live shows again soon. Please make sure to follow along on their socials for updates.

About National Astronaut Day:
In keeping with the tradition of other Astronaut and Space related celebrations, May 5th was selected for this significant date in history, 60 years ago, in 1961 when Astronaut Alan Bartlett Shepard Jr. became the First American in Space, aboard the Freedom 7 Space capsule. The brief suborbital flight, which lasted approximately 15 minutes and reached a height of 116 miles into the atmosphere, was a milestone achievement. This trailblazing example of heroic bravery and adventurous spirit is this essence of what National Astronaut Day® is all about. www.NationalAstronautDay.com Insta/Fb @NationalAstronautDay

About uniphi space agency:
uniphi space agency, a division of uniphi good LLC, is honored to be the exclusive management agency for a diverse range of former Astronauts. Their stories and experiences lend to some of the world’s most compelling book projects, speaking engagements, and brand collaborations. Our goal is to help celebrate and share the stories and experiences of our Astronaut clients by differentiating between each individual’s specific experience and point of view, aligned with key strategic opportunities, to help motivate and inspire future generations of Astronauts to come. #WeBelieveInAstronauts www.uniphispaceagency.com