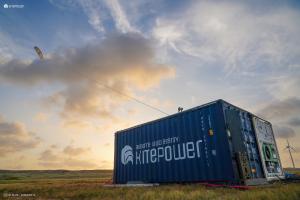 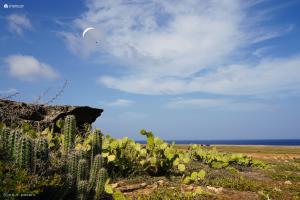 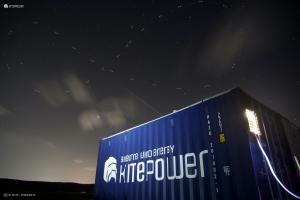 Kitepower's mobile Airborne Wind Energy System (AWES), the Falcon 100kW, is the very first AWES to be operated in the Caribbean.

VADER PIET, ARUBA, October 14, 2021 /EINPresswire.com/ — Kitepower's mobile Airborne Wind Energy System (AWES), the Falcon 100kW, is the very first AWES to be operated in the Caribbean. The deployment of the innovative wind energy system has been part of "Caribbean Engineer 2021 (CAEN21)", a military exercise carried out by the Dutch Defence near the area of Vader Piet on the island of Aruba. The ongoing operation is the follow-up of a five year long collaboration between the Dutch Ministry of Defence and the Delft-based Airborne Wind Energy (AWE) start-up.

Kitepower, co-founded in 2016 by CEO Johannes Peschel and TU Delft associate professor Roland Schmehl, is a spin-off from the TU Delft's AWE research group. The company has developed its 100kW AWES with a ‘Fast Track to Innovation' grant1 from the European Union's Horizon 2020 framework programme, guided by a mentoring partnership with tech incubator YES!Delft and with support from late wind energy expert and angel investor2 Henk Hutting (1952-2021).

Kitepower's AWES generates electricity by means of a kite flying crosswind manoeuvres that pulls on a tether attached to the drum placed within a 100kW ground station. The electricity generation works in two phases3, which, repeated in continuous cycles, results in positive net energy output. The energy generated by the system while reeling out (1st phase) is greater than the energy consumed to reel the kite back in (2nd phase).

• The Dutch Ministry of Defence & Kitepower:

The relationship between the Dutch Ministry of Defence and the cleantech start-up Kitepower began in November 2016 as a consequence of Kitepower winning the Defence Innovation Competition themed "Energy for Operational Action". The scope of the program was aimed at fostering the development of a 100kW AWES capable of supporting the ministry's decarbonization commitment.

Following up on the Innovation competition, in early 2018 Kitepower successfully performed a training session for the Dutch Defence at the Marnewaard (NL) in order to introduce the Falcon 100kW AWES and its operation. The training set off another very important milestone for Kitepower, as its AWES prototype was operated by an external crew for the first time.

In 2019, Kitepower received a second valuable collaboration agreement named: "Kitepower System for the New Defence Technology Program", which focused on reporting the benefits of deploying Kitepower throughout the Defence's field operations. The collaboration agreement had developed within the framework of the National Technology Project (NTP), a program that stimulates the development of prototypes and demonstration of defence-specific applications. The Defence's strategic foresight activities, consisting of applicable regional cases taking climate change into consideration, has ultimately led to the project taking place in 2021 on the Dutch Caribbean Island of Aruba and represents Kitepower's first operation outside of the Netherlands.

Airborne wind energy systems work extremely well on islands due to high coastal winds ensuring strong steady power generation. Islands offer fundamental challenges for any energy supply, as the cost of running a power line or even supplying fuel to local generators are often several times what the same would cost on the mainland. For this reason, energy tends to be supplied by generators running on diesel imported at very high costs. Kitepower offers an excellent solution to reducing the fuel consumption, cost and environmental footprint of these generators.

Johannes Peschel, Founder CEO of Kitepower, says: "A dream finally came true: A milestone that I have envisioned since the incorporation of Kitepower five years ago. We have finally shipped and flown a Kitepower system on a Caribbean Island. It is rewarding to see one of our kites flying next to Henk's wind farm (Vader Piet in Aruba) and I believe it is truly remarkable to be able to witness what Kitepower has accomplished in the course of the last years. I would like to thank Henk, the department of Defense, all supporters and especially the Kitepower team for the blood, sweat and tears that have been put into the system and look forward to many more Kitepower operations in Europe and overseas!"

Lieutenant Colonel Paul van der Heul affirms "Kitepower is one of the interesting possibilities of energy supply. We see the application as Defence in the operational and civil domain, it has social added value. This is one of the reasons for Defence to participate in this project. This offers opportunities, especially in remote and windy areas such as islands".

Kitepower, a leading start-up in airborne wind energy systems (AWES), develops innovative and cost-effective alternatives to existing wind turbines by using kites to generate electricity. Thanks to the company's patented game-changing technology, the Dutch start- up aims to tackle the global energy issue by offering system integrators that operate distributed energy grids a scalable technology that can significantly decrease CO2 emissions, therefore, accelerate the race to zero emissions. Thanks to the addition of new strategic board members such as the energy innovation fund ENERGIIQ, Stichting ifund and Windhandel Beheer, Kitepower has recently secured a €3 million investment allocated for the commercialisation of the Falcon Kitepower system and further expand its organisation.

• About the Dutch Defence's Innovation Department:

Technological developments, shifts in geopolitical relations, and a changing climate are all aspects to which the Royal Netherlands Army must be able to quickly adapt and constructively react to. The Innovation Department of the Royal Netherlands Army has a mission to unlock the innovative capacity of the industry and knowledge institutes for the modernization process of all Defence's operations, in order to remain relevant and effective during deployment.